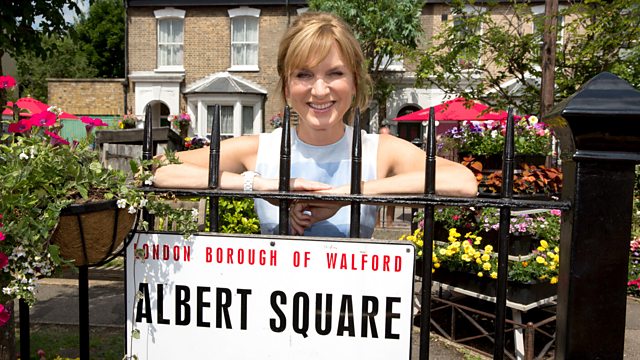 This episode comes from the set of EastEnders, where items include a script for the first episode of Doctor Who and props from the first Star Wars film.

As part of its fortieth anniversary series, Antiques Roadshow arrives on the set of EastEnders for a special episode celebrating the history of film, music, theatre and television.

Set against the backdrop of Albert Square at the BBC's Elstree studios in north London, the Antiques Roadshow team appraise a selection of rare and unusual items of entertainment memorabilia owned by members of the public.

These include the axe that Jack Nicholson wielded in The Shining, a script for the first episode of Doctor Who, and key props from the first Star Wars film and Raiders of the Lost Ark. Every item offers a glimpse into the world of movie legends, pop stars, theatrical giants and television favourites, from Liberace and Muffin the Mule to Fawlty Towers and wrestler Big Daddy.

A collection of autographed items reveal a day spent with Andy Warhol, while a young woman's Harry Potter books bring back emotional memories of her mother's battle with cancer.

Presenter Fiona Bruce also drops into The Queen Vic for a chat with actresses June Brown and Letitia Dean.

See all clips from Entertainment Special (3) 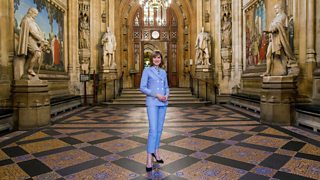