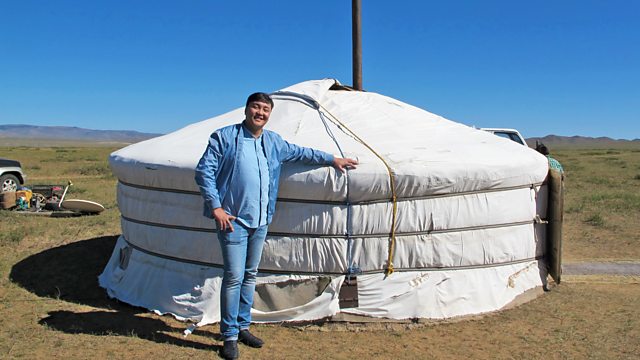 From the nomads of the vast steppe, to the glamour and adulation of the stage. Kate Molleson unravels the story of Mongolia's remarkable rise to being an opera superpower.

From the nomads of the vast steppe, to the glamour and adulation of the stage. Kate Molleson unravels the story of Mongolia's remarkable rise to being an opera superpower (1/2)

Mongolia is becoming a global leader in opera singing - and completely breaking the mould. Young nomadic herders and horsemen are being plucked from the vast plains and taken to Ulaanbaatar - where they're transformed into the next generation of top-flight tenors and baritones.

It's a fascinating synergy of young men with the perfect physique, often honed in a rugged, traditional outdoorsmen culture, and a superb Soviet-era music and arts education system that - just over half a century after its State Academic Theatre of Opera and Ballet first opened - is delivering the next generation of global singing superstars.

Radio 4 brings you a hypnotic audio portrait, taking you from the open plains, horse lullabies and throat singing of the endless Mongolian landscape to the cultural melee of Ulaanbaatar - a place of stark contrasts where gleaming 21st century skyscrapers rise, yet where around half the population live in traditional gers (tents). A nation numbering just three million people, yet the size of Western Europe, and sandwiched between the gigantic superpowers of Russia and China - how much can Mongolia harness its cultural might to have a voice in global geopolitics?

In this first episode, journalist Kate Molleson documents the story of Ariunbaatar Ganbaatar - the 2017 winner of one of the most prestigious prizes in global opera: the BBC Cardiff Singer Of The World Song Prize, whose previous winners include Bryn Terfel and Ailish Tynan.

Ariunbaatar was born to a family of nomadic herders, who still live a traditional lifestyle in the immense Mongolian steppe. At his family's ger, hundreds of miles from the nearest settlement, Kate is treated to a performance of Mongolian longsong - the nation's traditional classical singing art - as well as joining Ariunbaatar on horseback to hear the songs he sang as a young boy, alone in the vast wilderness. Is Mongolia's unique traditional culture - perhaps even its landscape itself - the secret of its extraordinary vocal alchemy?

See all episodes from From the Steppes to the Stage