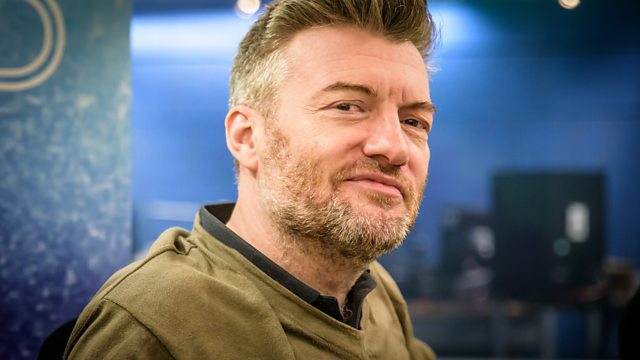 Charlie Brooker is a satirist, broadcaster and writer. He created the Emmy-award winning series, Black Mirror, and presents Screenwipe and Newswipe which won Best Comedy Entertainment Show award at the British Comedy Awards in 2011.

Born in 1971, his career has been influenced both by his early love of technology - he was a keen computer gamer - and by his passion for the anarchic, surreal and experimental comedy of Monty Python and The Young Ones. After creating his own comic while at school, he went on to provide cartoons for the magazine Oink! at the age of 15. He cultivated his acerbic style and satirical pessimism as a writer of games reviews and features for PC Zone magazine.

His online creation TVGoHome, an often caustic parody of television listings in the style of Radio Times, brought him to the attention of the Guardian newspaper where he began writing a TV review column entitled Screen Burn in 2000. This was adapted into a BBC Four television series, and various spin-offs, including Gameswipe and Newswipe, followed.

The first two series of Black Mirror, an anthology of unrelated dramas focused around the unexpected consequences of new technologies, aired on Channel 4. The third series was released on Netflix in 2016, followed by a fourth at the end of 2017.

Charlie is married to former Blue Peter presenter Konnie Huq and they have two young sons.

See all clips from Charlie Brooker (2)