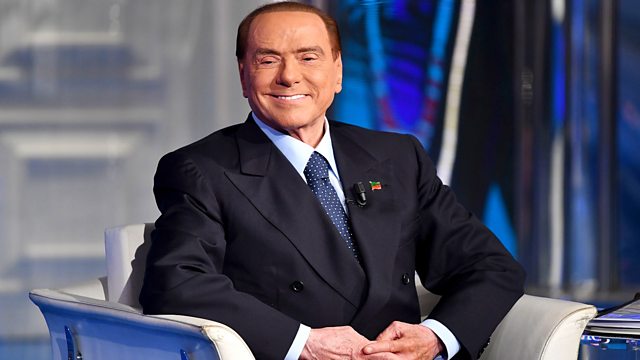 Reports from writers and journalists around the world. Presented by Kate Adie. Why it is far too early to write Silvio Berlusconi's political obituary.

Why it's far too early to write Silvio Berlusconi's political obituary. Kate Adie introduces stories from correspondents around the world.

With a general election in March, James Reynolds finds some familiar faces on the campaign trail in Italy but will the grey men triumph? In Tanzania, it's idle machines and empty buildings that greet Helen Grady as 'mitumba' or cheap, imported, second-hand clothes are destroying the local textile industry. Auliya Atrafi is in northeastern Afghanistan in a village where few working-age men remain - many are now in prison in Iran sentenced to death for smuggling drugs. Jannat Jalil ponders presidential gifts, Franco-Chinese relations, and horse-diplomacy. And Lindsay Johns returns to Martinique to mark the death of a woman he once called mom.

Jailed For Having a Miscarriage?