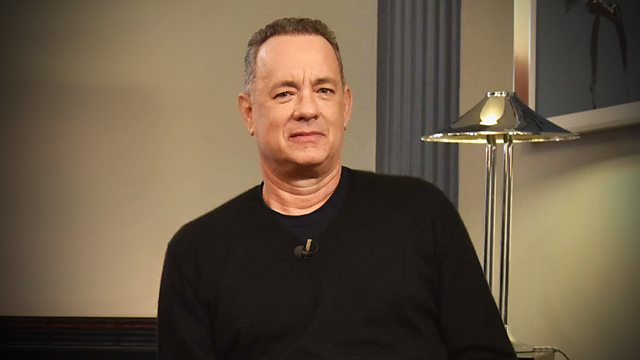 Tom Hanks discusses his new film The Post, co-starring Meryl Streep and directed by Steven Spielberg, which tells the story of the part The Washington Post played in publishing the top secret Pentagon Papers that changed American public opinion about the Vietnam War.

Sir Simon Rattle is conducting the European concert premiere of The Genesis Suite, a work with narration based on stories from the first book of the Bible, such as Adam and Eve, the Flood and the Tower of Babel. The conductor discusses the little-known piece from 1945 which was written by seven different European composers, émigrés to America, including Schoenberg, Stravinsky and Milhaud, who each composed a movement.

The French culture minister Françoise Nyssen has unveiled plans to launch a heritage lottery. The money will go towards restoring ancient monuments. It follows reports of a fall in lottery receipts in the UK. French journalist Agnes Poirier and cultural historian Robert Hewison discuss the proposal, and consider how far arts and heritage funding should be lottery-dependent.

The Post is on general release from Fri 19 Jan, cert 12A

Sir Simon Rattle conducts The Genesis suite and Bartok's concerto for orchestra at The Barbican on Sat 13 Jan
at 7.30 pm