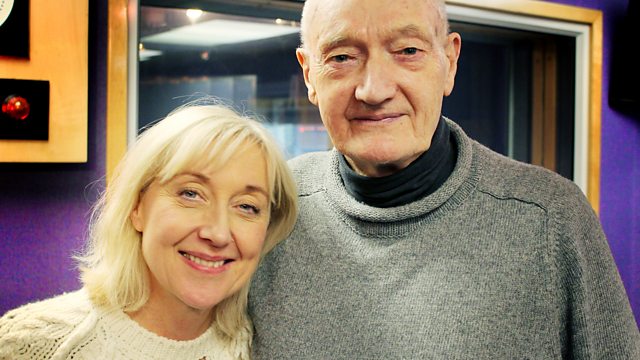 Richard and Cathy bring together their best interviews from the Edinburgh International Book Festival, along with those of fellow presenters Sally Magnusson and Ricky Ross.

Richard and Cathy bring together the best of their interviews from the Edinburgh International Book Festival this year, along with those of fellow presenters Sally Magnusson and Ricky Ross.

A first broadcast for Richard's conversation with Robert McCrum on his thoughts about life after suffering a devastating stroke.

A powerful interview with Icelandic writer Thordis Elva, chaired by Sally Magnusson, about her experience of being raped at the age of 16 and her journey towards reconciliation with her perpetrator and some sense of healing for herself.

The acerbic brilliance of Howard Jacobson is on full display in his conversation with Ricky Ross, with his latest book a satirical response to the election of President Trump, as well as Jacobson's very funny take on the woes of mobile phones and social media.

And Baroness Sayeeda Warsi, a former Chair of the Conservative Party, talks to Cathy about some of the most critical issues facing modern Britain, from cultural differences and identity to integration and terrorism surveillance.

Information and support for anyone affected by sexual abuse (current or historic) – including sources of support for children, young people and concerned parents.