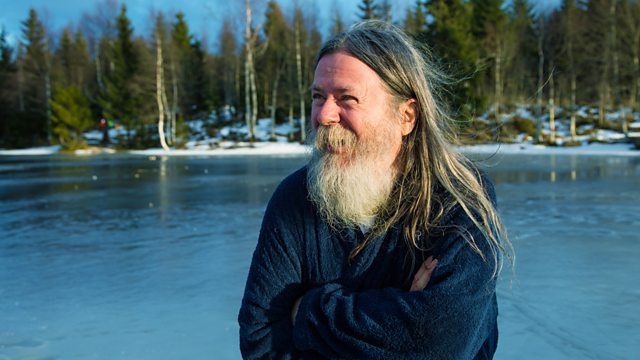 A practical guide to immortality, life extension and survival in the far north.

As the clock ticks down towards midnight and a new year looms, it's hard to escape thoughts of the passage of time, ageing, the meaning of it all. We lose ourselves in Abba and Auld Lang Syne and make our resolutions: to live better, healthier, longer, more fulfilling lives. And we ask - would I want to live forever?

Eleanor Rosamund Barraclough, lover of all things Nordic, doesn't. But she's fascinated by those who do. Especially as she sees our eyes being been drawn Northwards, throughout human history, to think immortal thoughts. From the ancient Greeks to the cryogenics industry, we've sought immortal inspiration in the perpetual North star, the endless ice and infinite cold, the unending days and nights, and the wonders hidden there - legends of people reaching an immense age, the secret of immortality itself.

And before you say 'how much have you had to drink?' let Eleanor take you away from the party to show you that these stories may have followed biological truths. Bring your pint and follow the scientists, artists, dreamers and chancers for whom ageing and death itself is a problem to be solved.

They say you are not dead until you are warm and dead. Stay cold, head north.

Shiver, as Eleanor takes her first steps towards immortality and plunges into a frozen Norwegian lake : 'a day spent in the ice is a day when you don't age'.
Wonder at the Cosmists, who planned to resurrect their ancient ancestors, and ended up inspiring the Russian space programme.
Be amazed by the Siberian bacteria, still alive after hundreds of thousands of years , whose ancient DNA is now being absorbed by other living things.
Hear the astonishing story of the woman who survived suspended animation.
Meet the middle-aged Norwegian whose beansprouts and juice may help him live forever - so far he's succeeded.
Feel uneasy in the company of the man who runs a homemade cryonics operation, with a frozen body in the toolshed.
And discover why Swedish tourist guides include the useful phrase: 'Think of death'.

A practical guide for dreamers, to life extension, survival and immortality in the far north.