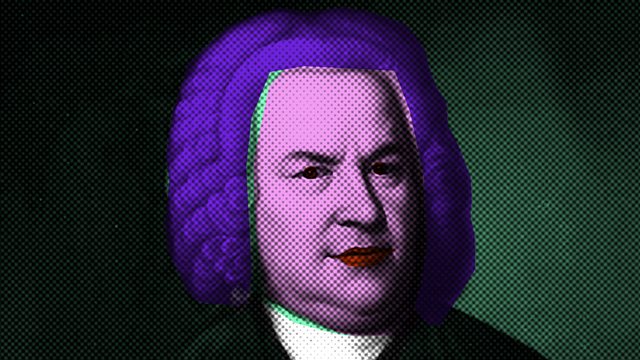 A Celebration of the Life of Bach

A celebration of the life of Bach, with readings from his own words, and the words of those who knew him. With readers Roger Allam and David Annen.

For a Words and Music programme to feature music by only one composer (a prerequisite of today’s edition being part of an all-Bach day on Radio 3) is a pretty unusual thing. It does, however, have the advantage of helping to suggest what direction to go with the readings. For if all the music has to come from one man, and thus by definition from his own time, so surely should the words.

Like many composers of his time, Bach is a difficult person to get to know. We are lucky that the survival of so many of Mozart’s letters means that we have a strong impression of his personality; for most other composers before 1800 we have very little to tell us what they were like as people. The few written words we have of Bach are on the whole business-like – most of them, indeed, are memos and reports to his employers. Sometimes he wrote to other members of his family, though even then he was hardly gossipy. The writings over which he took most care seem to have been the formal dedications of music he was either publishing or sending to powerful (often high-born) personages from whom he was hoping for recognition, or even a job. These are the materials – seemingly unpromising at first – that form the basis for the readings in this programme. They are read by Roger Allam.

Yet words in almost any context can be giveaways: Bach’s business letters, for instance, often reveal how impatient he could be, how little he could suffer fools; his letters to friends and kin often bristle with mentions of the contrasting frustrations and joys of his professional existence, while at the same time showing the importance to him of family life; and the dedications of compositions to the likes of the Margrave of Brandenburg or the Elector of Saxony combine a quiet confidence in his own abilities with a necessary obsequiousness that, to the modern ear, sounds shocking from an artist so revered.

To complement these snapshots of Bach’s mind and personality we have readings from a selection of reviews and reminiscences by people who knew him or otherwise had dealings with him, from his sons and pupils, to consumers of his music, to the anonymous reporters of the Berlin and Leipzig press. They reveal that, for all that he never enjoyed the same degree of professional success and international fame as contemporaries such as Handel or Telemann, his eminence as a musician was certainly recognised in his own time – even the writer who set out to criticise him starts by calling him a ‘great man’. These excerpts are read by David Annen.

As for all the music being by Bach, well that of course is no restriction; the permutations from well over a thousand works are virtually endless! A route must be found, however, and in this truly humbling task my choices have been driven by a hope to find music which in the moment can reflect or illuminate the texts that surround it, that can somehow succeed in drawing this man and his work even closer together. If I succeed, it is still only one solution.