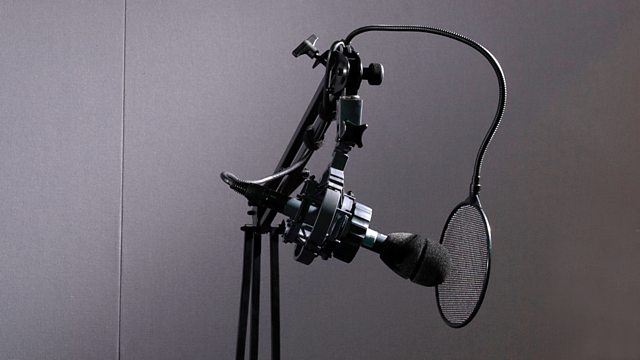 Ian Sansom is trapped. He has no idea where he is, who he's talking to and where that annoying music is coming from. If the voice in his head is to be believed, he's somehow managed to turn up in an edition of niche American podcast, Whiskey Cats, and he better have something to say about the matter.

But this could be the least of Ian's worries. It appears he may have been swallowed up into some kind of bigger, stranger, far more disconcerting audio rabbit-hole.

Just as he's beginning to adjust to a lively discussion about single malts and feline friends, he's off again - to the Australian outback, a meditation session with Harvey Keitel, the wrong side of a mirror and a sewer deep beneath the streets of London with someone called Gary.

Turns out that voice inside Ian's head belongs to an unreliable narrator who feels it's her duty to explain he's trapped inside a radio documentary. A radio documentary about radio documentaries, podcasts and audio story-telling from around the world, as it happens. If that's not enough, his only chance of escape is to come up with some sort of thesis based on all the things he's discovering. But he better hurry - this programme ends in less than half-an-hour...