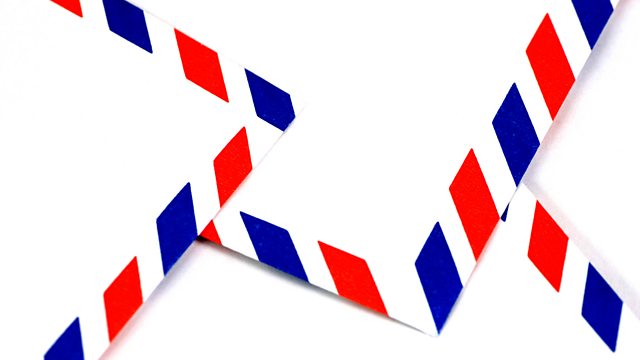 Scientist Jim Al-Khalili describes himself as a committed rationalist. He's never had a pen-pal before and chose to explore the life of someone living off-grid on a remote Canadian island, a life very far from his own.

Jenny Vester has lived on Lasqueti Island, off the East Coast of Vancouver, for 25 years and describes herself as a lover of variety and ideas - "One that loves to dance, write, tell stories, dream, walk in the forest and take inspiration from nature".

For this series, five favourite Radio 4 voices were asked to chose a pen-pal from anywhere in the world. The task was to write six letters in long-hand, and send them through the post. What they wrote about was entirely up to them - but they had to finish before the end of 2017.

Jim and Jenny enter into a wide-ranging discussion on the connection between mind and body, zombies and the meaning of life. Their daily lives are poles apart. Will the same be true of their beliefs?