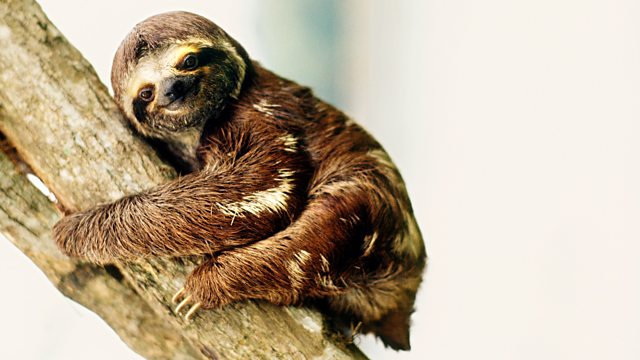 Lucy Cooke, zoologist and founder of the Sloth Appreciation Society, unleashes her inner sloth to discover why being lazy could actually be the ultimate evolutionary strategy.

Zoologist and founder of the Sloth Appreciation Society, Lucy Cooke, unleashes her inner sloth to discover why being lazy could actually be the ultimate evolutionary strategy.

The explorers of the New World described sloths as 'the lowest form of existence', but sloths are actually some of the most enduring of all tropical mammals. They make up one third of the mammalian biomass in rainforests and have survived some 64 million years - outliving far flashier animals like sabre tooth tigers.

The secret to the sloth's success is their slothful nature and their suite of energy-saving adaptations. In fact slothfulness is such a successful strategy, that there are examples all over the animal kingdom, including, surprisingly, worker ants. Recent studies in humans have shown the many health benefits of adopting a slower pace of life. Sleep itself is universal amongst the animal kingdom. All animals do it, but why remains a mystery. What is clear though, is that unleashing your inner couch potato is no bad thing, be you sloth or human.

Lucy discovers the genius behind the sloths laid back attitude and fights the corner for laziness.

The Power of Cute

See all episodes from The Power of...