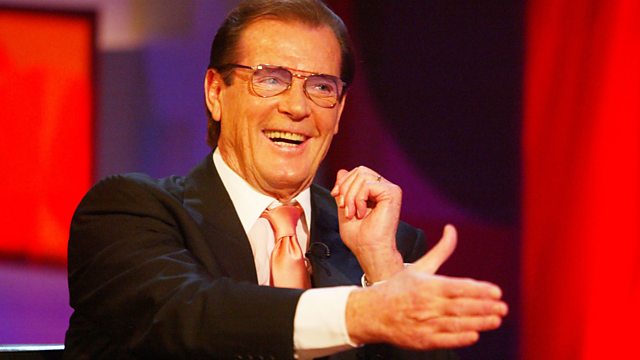 Sir Roger Moore: Nobody Did It Better

Deborah Moore, Barbara Broccoli, Michael G. Wilson, Gareth Owen and Sir Michael Caine look back at the life and career of Sir Roger Moore from The Alaskans to Maverick; from The Saint to The Persuaders; from The Wild Geese to The Man Who Haunted Himself; from Bond to Unicef.

Deborah Moore recalls happy times spent with her father as she and her brothers were growing up.
Barbara Broccoli remembers Roger and Cubby Broccoli's notorious games of backgammon on the set of Bond.
Gareth Owen talks of the importance of Unicef in Roger's life.
Sir Michael Caine laughs as he remembers the first time he met the man who would become one of his closest friends.

And in archive interviews Roger himself discusses his life and his work, his family and his friendships.

Peppered with anecdotes and first-hand accounts from the people who knew Roger best, mixed with the music Roger loved, pour a glass of something warming and join Olly Smith for Sir Roger Moore: Nobody Did It Better, from 8 till 10, Boxing Day on Radio 2.