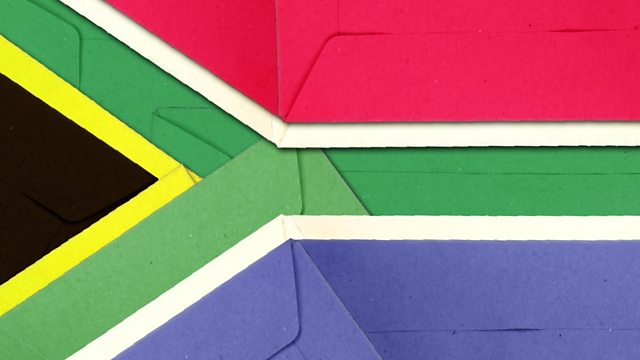 Shosholoza: The Train that Keeps Moving

Letters from South African writers in the week of the ANC elections. Panashe Chigumadzi describes how it feels to be a foreign-born, black citizen of South Africa.

Five letters from five South African writers exploring aspects of life there in the week of the ANC elections - covering education, bureaucracy, city living, xenophobia and migration. These novelists and journalists reflect on living in South Africa now.

Novelist and journalist Panashe Chigumadzi, who was born in Zimbabwe, describes how it feels to be a foreign born, black citizen of modern South Africa and considers the legacy of colonialism and apartheid and how it informs modern xenophobia.

Panashe Chigumadzi was born in Zimbabwe and grew up in South Africa. Her debut novel Sweet Medicine (2015) won the 2016 K. Sello Duiker Literary Award. She is the founding editor of Vanguard Magazine, a platform for young black women coming of age in post-apartheid South Africa. A contributing editor to the Johannesburg Review of Books, her work has featured in titles such as The New York Times (USA), The Washington Post (USA), Transition (USA), The Guardian (UK), City Press (SA), The Sunday Times (SA) and Die Ziet (Germany).

Written and read by Panashe Chigumadzi
Produced by Simon Richardson.