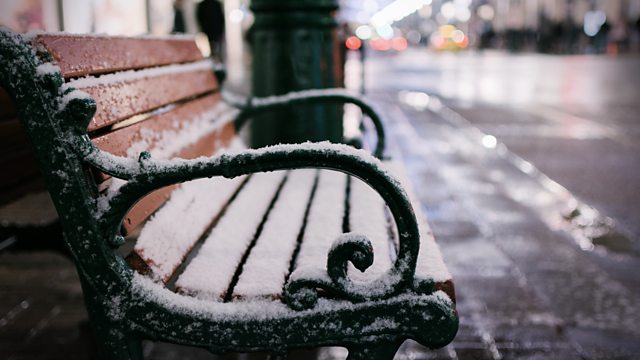 Billie Homeless Dies at the End

A tough and resourceful teenage girl roams the cold city streets on the last night of her life. Breathtaking drama with an original score from electronic music pioneers Coldcut.

A tough and resourceful teenage girl is driven from her home and onto the freezing city streets on the last night of her life. As the streets fill up with drunken Christmas revellers, Billie is blown around the city like a leaf on the wind, from one encounter to another, clinging onto the hope that she can find Cal, the one man she knows who would take her in.

The unforgiving city is evoked in an original musical score by Coldcut, electronic music pioneers known for their continually innovative and ground breaking work and now celebrating 30 years at the vanguard of modern music.

Featuring a remarkable debut performance as Billie by Georgie Scholes, who was 15 years old at the time of recording, and with support including Don Warrington as Blessed.

Written by Tom Kelly, this is an an epic and breathtaking drama played out on the small scale of one young girl's search for warmth on the city streets. Even if her fate is sealed, she might somehow help the rest of us, including Arham the taxi driver (played by Zaydun Khalaf), find the strength to carry on.

Other parts played by members of the company