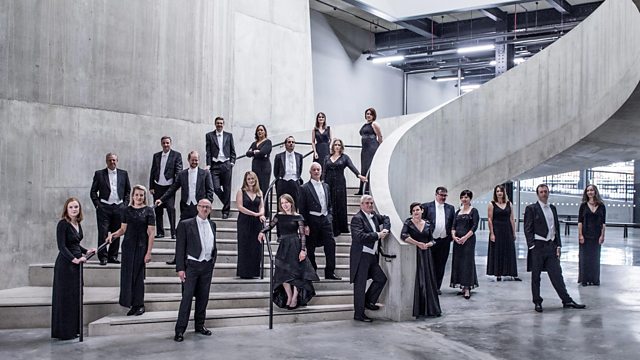 Live from Temple Church, City of London, the BBC Singers with contemporary choral Christmas pieces. Then the BBC Symphony Orchestra live with music by Mendelssohn and Tchaikovsky.

Afternoon Concert's week of live performances from the BBC performing groups concludes with two concerts from London. First to Temple Church, in the City of London for the BBC Singers conducted by Owain Park, with a selection of contemporary choral Christmas pieces. Roger Sayer accompanies them on the organ. Then to the BBC Symphony Orchestra's home at Maida Vale studios in London, for a concert under the baton of Tung-Chien Chuang including Liadov's tone poem Baba Yaga, Mendelssohn's Violin Concerto in E minor, with Alexander Soumm as soloist, and Tchaikovsky's Symphony No. 5 in E minor.