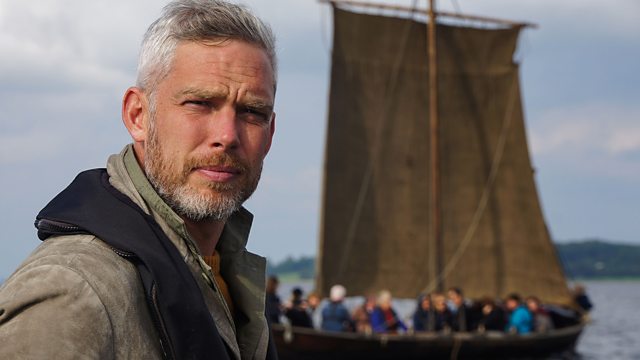 Series in which Sam Willis reveals a story of invasion in Britain spanning thousands of years. He fells a tree with a flint axe and gets to grips with Viking boat technology.

From the time continuous settlement began in Britain over 10,000 years ago to Iron Age hillforts and Viking ships, Sam explores the many invasions of Britain. He unearths hidden stories to build a vivid picture of both successful and unsuccessful invasions and examines how they have shaped our psyche, including fear of invasion.

Some invasions are bloody, some bloodless. Some were by invitation, some absurd and doomed. From Barbary pirates and brutal border raids to the air attacks of the 20th century, these invasions have shaped modern Britain and made us the people we are today.

In this first programme, Sam fells a tree with a flint axe in Kent, gets to grips with the technology of Viking boats and rides an Iron Age chariot. He also searches for clues of invasion at Silbury Hill and tracks down evidence of the Beaker people who brought ceramics, metalwork and beakers to Britain.

See all episodes from Invasion! with Sam Willis