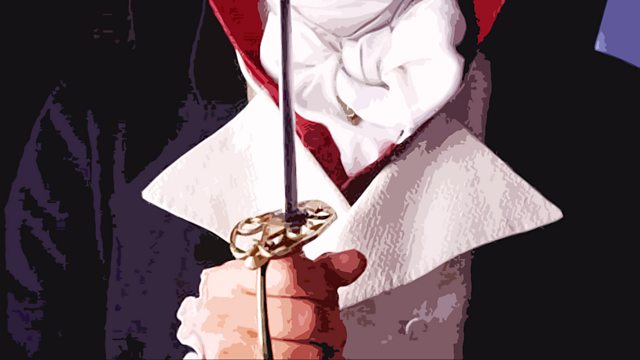 Drama The Scarlet Pimpernel
Episode 1 of 2

James Purefoy stars as Sir Percy Blakeney in this adaptation of Baroness Orczy's classic tale, set in the French Revolution. With Sienna Guillory.

Holloway's political interpretation is brought to life by an ensemble cast including Sienna Guillory as Marguerite Blakeney and Enzo Cilenti as the spine-chilling revolutionary soldier, Henri Chauvelin.

Muscular acting, pungent words, threat and jeopardy replace the whimsy of other adaptations and are floated on a contemporary, filmic score written by Sarah Llewellyn, with sound design by Wilfredo Acosta.

Episode One:
It is the year 1792. We witness a revolutionary France in the grip of a violent proletarian uprising and a British ruling class striving to prevent the same happening here.