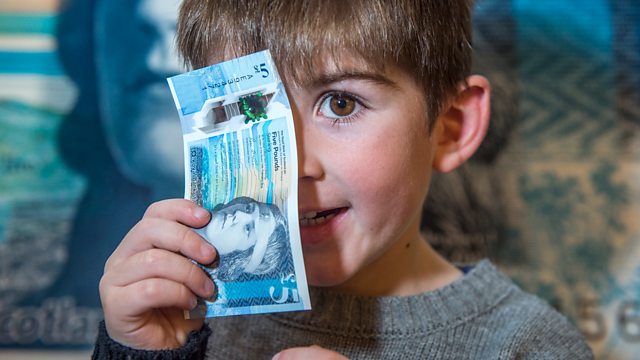 Poet and writer Nan Shepherd; The Fix: Women and Addiction; Siblings and their partners.

Jenni Murray presents as Women's Hour examines what inspired the work of poet Nan Shepherd, who features on the RBS Scottish £5 note.

In the 1930's Nan Shepherd was one of Scotland's best known poets and writers, but her masterpiece The Living Mountain languished unpublished in a drawer and she died before it became successful. Jenni speaks to Charlotte Peacock who has written her biography about how the love of the mountains and landscape of Scotland inspired her writing and has led to her being pictured on the RBS £5 note.

Keaton Jones is an American schoolboy who received an outpouring of support after his Mum posted a video online of him crying and discussing the bullying he faces at school. His family are now facing a backlash following allegations they've been asking for money and have racist views. They deny this. Jenni discusses what parents should and shouldn't be sharing online.

An online shop has released images of plus-size tights being stretched out over skinny models' bodies to demonstrate their size. One picture shows a model standing fully in one leg of the tights. We'll be looking at its impact.

Plus as part of The Fix: Women and Addiction Milly Chowles visits a women-only treatment centre. What is it about women's experiences of addiction, treatment and recovery that might make a single-sex space for some women with addiction problems?

And how do you cope when your sibling changes after meeting a new partner? And what if you don't like them? Jenni is joined by clinical psychologist and author of Siblings Linda Blair.

The Fix - Advice and Support

NHS Choices - Addiction: What is it?