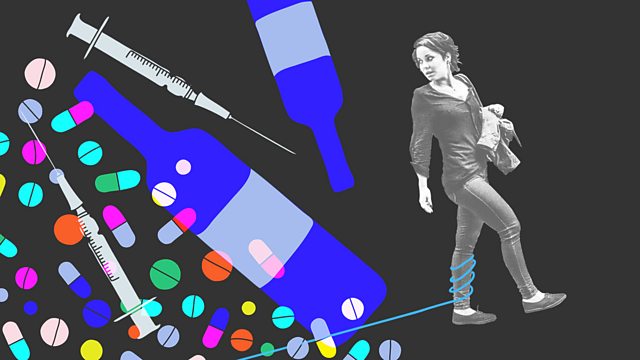 'Georgia's' story of spiralling addictions. Nina Stibbe on the comedy of Christmas. Viv Groskop with the story of a Russian heroine. Plus would you outsource your parental duties?

Author Nina Stibbe's new book is timely 'An Almost Perfect Christmas'. Why is Christmas such a source of amusement for her? And what is at the root of her turkey phobia? She joins Jane to discuss her observations of the highs and lows of Christmas jollity and fun.

In the latest in our series The Fix: Women and Addiction Milly Chowles meets Georgia whose addictions took hold at University. By the age of 25 she had pancreatitis due to her drinking and was having regular seizures. In a 'dry house' to recover she had a relationship and became pregnant, though she'd been told that the damage to her body meant she was infertile. Having a baby, she says, has saved her and given her a reason to stay sober.

In the centenary year of the Russian Revolution, a mini-series about three women whose radical ideas shaped the events of 1917 and continued to reverberate in Russia and around the world. Nadezhda Krupskaya is our third and last woman. Viv Groskop, author of The Anna Karenina Fix, Life Lessons from Russian Literature describes a committed revolutionary, passionate about education who also happened to be Lenin's wife.

Outsourcing parenting: when parents are working long hours which parenting tasks are acceptable to ask someone else to do? What about potty training, sleeping through the night, learning to ride a bike, trouble with homework? Jane speaks to Nana Akua health journalist, presenter and mum of two children - who says she would definitely consider outsourcing some tasks second time around, and to Laverne Antrobus, Child Psychologist at the Tavistock Clinic in London.

The Fix - Advice and Support

NHS Choices - Addiction: What is it?