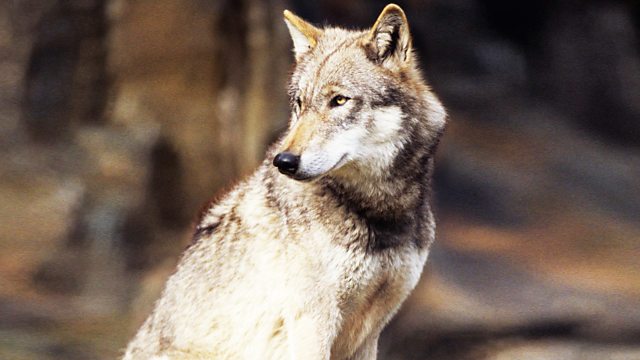 Aesop to Sarah Hall, Janáček and Sondheim to Jimi Hendrix, Rudyard Kipling to Roald Dahl - a programme exploring wolves as both wild and nurturing, foxes as both cunning and prey.

We go into the Forest with Red Riding Hood as Alison Steadman and Tim Dutton read from Aesop to Sarah Hall, Rudyard Kipling to Roald Dahl in a programme exploring wolves as both wild and nurturing, foxes as both cunning and prey.
Tying into BBC Radio 3's Into the Forest season, the landscape changes from woodlands to hunting fields to the plains of America in the film Dancing with Wolves and recent attempts at re-wilding which have seen wolves re-introduced to national parks in the USA and the UK. The musical palette moves from Mozart, Prokofiev and Sondheim to Los Lobos and Jimi Hendrix.
But these seemingly similar creatures are portrayed with very different characteristics. Blues singer Chester Burnett was apparently given the name Howlin’ Wolf by his grandfather who would scare the boy with tales of wolves in the Mississippi woods but the Wolf of Jungle Book is the creature who cares for Mowgli. And the cunning fox from Roald Dahl's Mr Fox gives way to the sexy fox of Sarah Hall's short story, which won her the BBC short story prize in 2013, becoming fox fur worn in David Malouf's poem and in the fate of the heroine of Janáček's opera after she dies at the hands of a poacher.