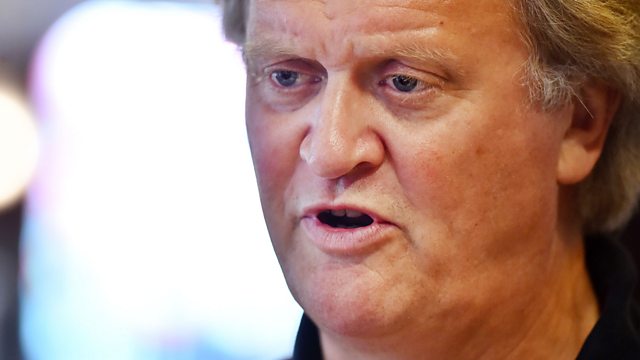 Tim Martin is the chairman and founder of the pub company JD Wetherspoon. He opened his first pub, Martin's Free House, in 1979 in North London. Now the chain employs 37,000 people, in 891 pubs of which 54 are hotels. Travelling from his home in Devon, Tim visits at least ten of them a week taking detailed 'call notes' on the staff, the beer, the quality of the food and even the cutlery.

In 2016 he became one of the most high-profile UK business people arguing in favour in leaving the EU. He printed half a million beer mats for his pubs, making the case for Brexit.

His success in the pub industry might be in the genes. His father, initially an aerobatic pilot, later worked for Guinness, which took the family around the globe and Tim spent his childhood in both New Zealand and Northern Ireland. He trained for the law but instead chose the career of a publican.