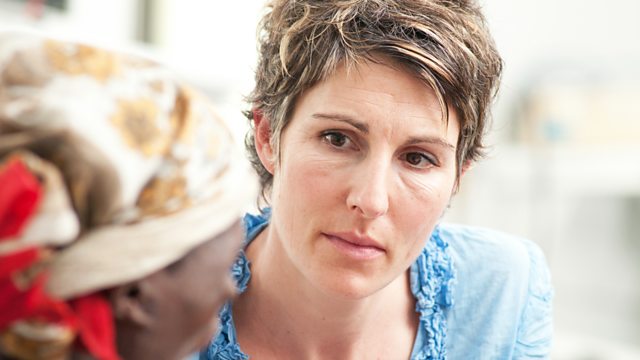 Tamsin Greig explains what work is being done to tackle sexual and gender-based violence across the globe.

Actor Tamsin Greig talks about her visit to Rwanda and the Democratic Republic of Congo as an Ambassador for Tearfund and describes the work being done to tackle sexual and gender-based violence.

Martin Bashir on the Pope's visit to Myanmar and Bangladesh.

The Department of Education's survey of vulnerable children includes a new category "those vulnerable to abuse linked to faith and belief". How is that to be defined and prevented? Trevor Barnes reports.

The story of what happened to the last Jews of Iraq is the subject of a new documentary "Remember Baghdad". Edward talks to David Dangoor about his great grandfather who was a former Chief Rabbi of Baghdad.

Prince Harry and Meghan Markle are getting married - and the flurry around the news revealed quite a lot of confusion about the status of divorcees in Church of England and the rites of baptism and confirmation. Rev Ian Paul will shed some light on it on the confusion.

The Muslim population in Europe could almost double by 2050. Conrad Hackett, from the Pew Research Centre tells Edward about the predictions of their report 'Europe's Growing Muslim Population'. Sheik Ibraham Mogra and Katie Harrison, Director of the Faith Research Centre, discuss the report's findings.