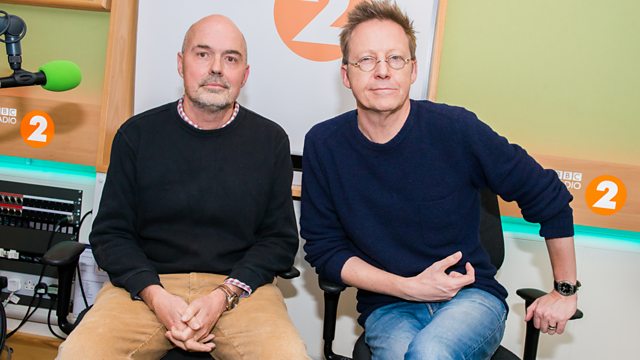 Chris Beckett joins Simon for the Radio 2 Book Club to discuss his latest novel, America City. We'll also hear from three of our listeners who have reviewed the book.

Chris is a former social worker, social work manager, and social work lecturer. He lives in Cambridge with his wife and three adult children. Although he always wanted to be a writer, he did not deliberately set out to be a science fiction writer in particular. His stories are usually about his own life, things that he sees happening around him and things he struggles to make sense of. Up to now, they have always ended up being science fiction.

Chris likes the freedom it gives him to invent things and play with ideas. His latest novel is set in the United States a century in the future. As a result of climate change, powerful hurricanes hit the east coast every year, each time a little further north. And large areas of the southern half of the US have insufficient water, meaning that many towns and cities, and whole swathes of farmland, are no longer viable. Each year a steady stream of refugees from southern states heads north, but they meet an increasingly frosty welcome, and some northern states are threatening frontier controls to keep them out.

Holly Peacock, a bright young British PR professional who has settled in the US, begins to work for a charismatic US senator called Stephen Slaymaker, who rose from poverty via army service in Africa, to build up one of America's largest trucking businesses. Slaymaker is campaigning for a huge government-funded programme to shift the American population northwards, and so prevent the north-south divide from tearing America apart. When Slaymaker stands for President, this Reconfigure America programme is at the core of his platform and Holly's job is to win support for it.

But how to sell the idea to northern voters that they should welcome in millions of refugees from the south, and pay for it too in their taxes? Working closely with Slaymaker, Holly finds a way, but it involves fighting dirty and has catastrophic consequences which she didn't anticipate at all.

We'll hear from three listeners who have reviewed the book and also feature our Book Club of the Week. Plus, Matt Williams will have the latest sport and Bobbie Pryor will bring us the travel.