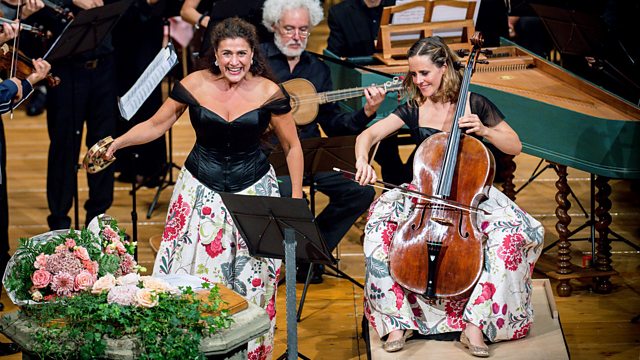 Soprano Cecilia Bartoli and cellist Sol Gabetta, the story of The Face magazine, and the Louis CK movie that might never be seen, I Love You, Daddy.

Italian Soprano Cecilia Bartoli and Argentinian cellist Sol Gabetta come together for an album of baroque arias, in which the voice and cello intertwine in a way they describe as Dolce Duello, a sweet duel.

Founding editor Nick Logan, writer and editor Sheryl Garratt, and Paul Gorman, author of The Story of The Face, look back at the era-defining youth music and culture magazine.

I Love You, Daddy is a new film by US comedian Louis CK. Due to go on general release in the US today, the film was dropped after allegations of sexual misconduct by the comedian were reported and admitted. Alexandra Schwartz of the New Yorker reviews the controversial film we might never see.

And we open the first window of the Front Row advent calendar with a festive celebration of the year's special moments on the programme. Today, Stormzy.

Paul Gorman's book The Story of the Face: The Magazine that changed Culture is out now