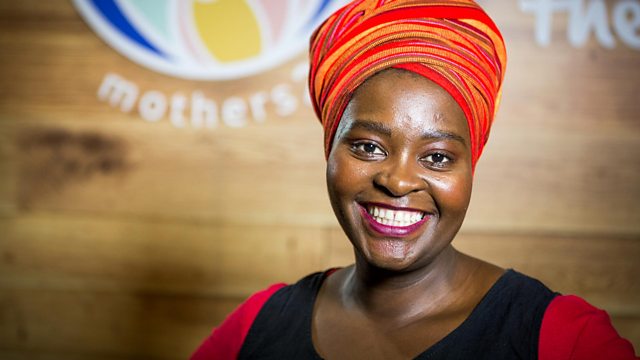 South Africa has the highest number of people living with HIV in the world, at over 7 million. On World's Aids Day we speak to Nozandulela "Nozi" Samela from the charity mothers2mothers. She is working to empower women and prevent mother-to-child transmission of HIV.

Why is the humble sock becoming a festive fashion favourite? Blogger Hannah Rochell explains the trend of the sparkly sock.

The John Maddox Prize, now in its sixth year, recognises the work of individuals who promote sound science and evidence on a matter of public interest, facing difficulty or hostility in doing so. Journalist, Dr Riko Muranaka, this year's winner, joins Jenni in the Woman's Hour studio.

In the centenary year of the Russian Revolution, communist revolutionary Alexandra Kollontai (1872-1952) is the first woman in our mini series, Three Heroines of the Russian Revolution. The Soviet Union's first ambassador to Norway, Kollontai famously advocated "free love" as a central tenet of Bolshevism, promoted new ideas on family, and shaped Russian thinking about gender and emancipation through her public speeches and novels 'The Love of Worker Bees' and 'A Great Love'. Viv Groskop tells us about her.

This December, the Institute of Contemporary Arts presents a full UK retrospective of the films of the award-winning Vietnamese-born writer, theorist, composer and filmmaker Trinh T Minh-ha. Now based in the US, Minh-ha has been making films for over thirty years and is the recipient of numerous awards for her influential work in the fields of feminism and postcolonial studies. In a rare visit to the UK, she joins Jenni to discuss her career, her resolutely non-Western perspective on global issues including struggles against neo-colonialism, and her concerns over a growing right wing faction at the University of California, Berkeley, where she is currently Professor of Gender and Women's Studies and Rhetoric.