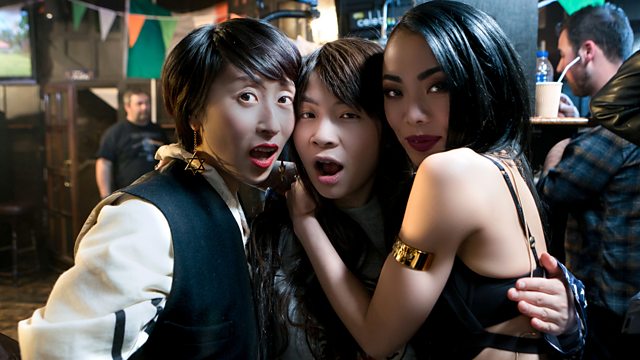 Discussion on how Chinese characters are portrayed in pop culture, the William Hill Sports Book of the Year, and James Franco on directing and starring in The Disaster Artist.

We discuss the portrayal of Chinese characters on TV with Shin-Fei Chen, co-creator of BBC Three's Chinese Burn, and writer and theatre director David Tse Ka-Shing.

The William Hill Sports Book of the Year, the world's richest and longest-running prize for sports writing, was awarded earlier today to Andy McGrath for Tom Simpson: Bird on the Wire. Kirsty reports from the ceremony where she talked to the authors of the seven books on the shortlist - whose subjects include 'swimming suffragettes', Muhammad Ali and the cyclist Tom Simpson - and speaks to the winner of the £29,000 prize.

James Franco on why he stayed in character throughout directing and starring in The Disaster Artist, which tells the story of 2003 cult film The Room - often described as "the Citizen Kane of bad films" - and its enigmatic filmmaker Tommy Wiseau.

The 2017 William Hill Sports Book of the Year Award has been won by Andy McGrath.

His book, Tom Simpson: Bird on the Wire, is available now.

Chinese Burn is currently available on the BBC iPlayer