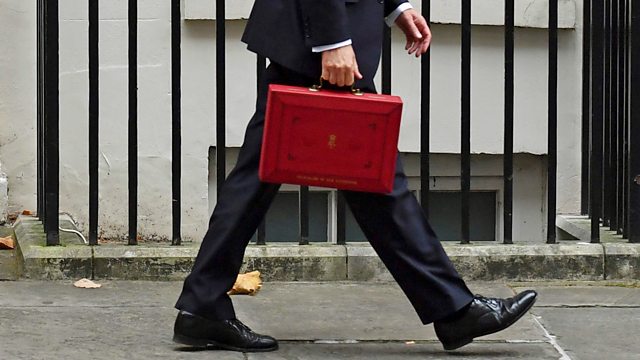 Universal Credit changes announced in the Autumn Budget, plus self-employment status and could a land value tax work in Scotland?

Operational changes to Universal Credit were announced by the chancellor in his Autumn Budget this week. Philip Hammond revealed a £1.5bn support package for the new benefit for working-age people. Among the new measures are the removal of a seven day waiting period, from next February, which will reduce the wait for the entitlement from six weeks to five. Also from January the advance payment, available to claimants who are struggling financially, will see the repayment term extended from six months to twelve. Guest: Pritie Billimoria, Head of Communications for the national charity Turn2us.

Reporter Tony Bonsignore has been reading the Red Book, which contains the deeper Budget detail. He examines a hint that rules designed to crackdown on employment status tax avoidance in the public sector might be heading to the private sector.

How does a Land Value Tax work and could it become a reality in Scotland? Shona Glenn, Head of Policy at the Land Commission, farmer Dr Duncan Pickard and David Melhuish, Director of the Scottish Property Federation discuss.

What is Universal Credit - Turn2us