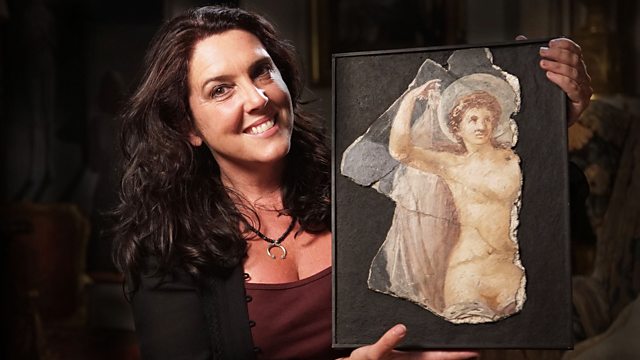 In 1914, the suffragette Mary Richardson attacked the Rokeby Venus at the National Gallery in London. But why did this painting fire such outrage? Professor Bettany Hughes embarks on a voyage of discovery to reveal the truth behind the Venus depicted in the painting, proving that this mythological figure is so much more than just an excuse for sensual nudity and chocolate-box romance. Venus Uncovered is the remarkable story of one of antiquity's most potent forces, and more than that. Hers is the story of human desire, and how desire transforms who we are and how we behave.

Charting Venus's origins in powerful ancient deities, Bettany demonstrates that Venus is far more complex than first meets the eye. Beginning in Cyprus, the goddess's mythical birthplace, she explores the mysterious and obscure ways this ancient goddess was imagined and looks into Venus's own love life to see that, even for her, tangling with another was often bittersweet.

Through ancient art, evocative myth, exciting archaeological revelations and philosophical explorations Bettany reveals how this immortal goddess endures through to the 21st century, and what her story and journey through time reveals about what matters to us as humans. Uncovering Venus shows us why we still need to care about this primordial companion on the human journey - and how we trivialise her power at our peril.