Close menu
BBC Radio 4
My Life as a...
Main content 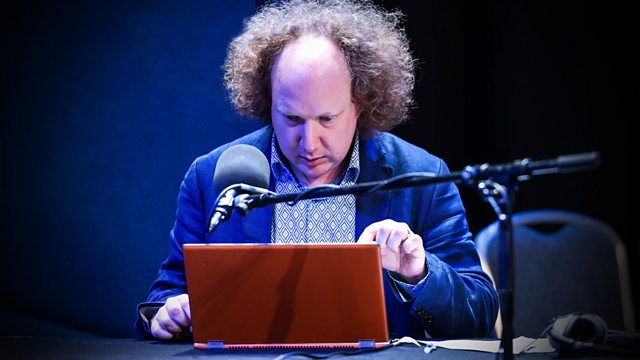 Comedian, lapsed classics student and cricket fanatic Andy Zaltzman finds that we have misunderstood what Epicureanism philosophy is really about.

Andy Zaltzman, the comedian, cricket fanatic and lapsed classics student will be spending a week living by the teachings of three ancient schools of philosophy. This week he'll mostly be being an epicurean. But this is a lot harder than you think. It's a philosophy that arose in around 300 BC in Athens and was named after Epicurus who set up a school of philosophy called The Garden, on the outskirts of Athens, where his followers lived and supposedly shared all their possessions. For Epicureans, the goal of life is happiness or pleasure, rather than virtue, but they advocated an analytical and questioning approach to the question of happiness and tended to live simply, eat simply.

Today psychologists are exploring how Epicurus' ideas on happiness can be used to teach people how to manage negative memories. Researchers in the psychology of happiness are experimenting with adapting the teachings to help people with obsessive compulsive disorders to focus on their internal life rather than external stimuli that drive their conditions. And the science of happiness is being used in economic and political theory. The bigger question behind all of these programmes is just how much one can recover of the original teachings, how far they can be updated with modern knowledge and will Andy be happier living a day without cricket?

See all episodes from My Life as a...

A Brief Guide to Epicureanism

It's a Greek life-philosophy that arose in around 300 BC in Athens, around the same time as
Stoicism. Like Stoicism, it presents philosophy as a form of therapy, which frees people from suffering. However, while its techniques for self-transformation are quite similar to Stoicism, it has a different idea of the goal or meaning of life. For Epicureans, the goal of life is happiness or pleasure, rather than virtue.

Epicurus, a saint-like figure who set up a school of philosophy called The Garden, on the outskirts of Athens, where his followers lived and supposedly shared all their possessions. A sign outside is supposed to have read: 'Stranger, here you will do well to tarry, here our highest good is pleasure'.

Not exactly - though the idea that the goal of life is pleasure proved very controversial, and critics of Epicureanism accused it of promoting sexual libertinism and gluttony. In fact, Epicureans were a rather austere group, who tended to live simply, eat simply, and abstain from booze. Although they thought the aim of life is pleasure, they thought humans are very bad at making themselves happy. We need to use our reason to philosophize about how to be happy, and then we can succeed in this goal.

How can we pursue happiness intelligently?

The problem, according to the Epicureans, is we have a lot of unintelligent and unexamined
desires and fears, and these disturb our soul and make us miserable. We irrationally desire
approval, for example, so we endlessly check our smartphones to see if anyone has mentioned us on social media, and then feel sad when no one liked our latest Instagram selfie. Or we irrationally fear death, or divine punishment, so we waste our life praying to an uninterested God.

Ah, so they were godless.

Epicurus said there may be gods, but they didn't have much interest in humans if so. He taught that we should free ourselves from the fear of death - humans became conscious through a sort of cosmic fluke, we exist for a few decades, then we die. Dying is brief and death is painless. In our brief life-span, we can use our reason to be happy. So we should relax and enjoy life. The secret to the good life, Epicurus taught, was to spend time with friends.

What about politics - working for global peace and so on?

Aristotle and Plato both thought politics was central to the good life. So, in their way, did the Stoics. But Epicureans thought politics was a recipe for anxiety, so the wise should remove themselves from politics and live in their philosophical communes. This anti-political stance was another reason some criticized them. However, some later thinkers were influenced by Epicureanism but took it in a more political direction. The Utilitarian Jeremy Bentham was also an atheist who thought the aim of life was happiness and pleasure. But he thought it was his mission - and every thinking-person's mission - to strive for the greatest happiness of the greatest number. Thomas Jefferson was also a fan of Epicurus, and he enshrined the 'pursuit of happiness' in the American Constitution, making it a civil right. Karl Marx did his dissertation on Epicurus, and his followers would actively fight against churches to try and bring about a new era of godless happiness.

Prior to the overthrow of bourgeois capitalism, how can we practice Epicureanism today?
You can look at your desires and fears and think, are they necessary? Are they wise? Do I need to drink every day - has that become a dependency rather than a pleasure? Is smoking really worth the lung cancer? Does this relationship really make me happy? Why does my happiness go down the more I use social media? The Epicureans also developed 'spiritual exercises' for changing their minds, like the Stoics did. One Epicurean technique, stolen by the Stoics, was to focus on the present moment, rather than needlessly making yourself miserable by worrying about the future or ruminating on the past. You could also try and pursue pleasure intelligently, particularly the prime Epicurean pleasure of making time to see friends. Are you socializing enough? Are you making the effort to get off the sofa and
see your mates for a good old philosophical chin-wag? When you meet, do you talk about what really matters to you, or just small talk?

Are there practicing Epicureans today?

Yes, there are 2800 in one group on Facebook at the time of writing - as with Stoicism,
Epicureanism has grown as an online movement through the internet. There are also offline
'philosophical salons' inspired by the Epicureans, such as the School of Life and the Idler
Academy. And then there are more activist promoters of happiness-based politics, like the
grassroots movement Action for Happiness.

What criticisms could one pose at Epicureanism?

Do we really want a life of steady pleasure? Maybe a life of serious highs and desperate lows is more exciting, or a life of striving after achievement. Or a life devoted to serving others. Simply trying to minimize risks to maximize your pleasure seems a fairly tepid sort of existence. The Epicurean idea that human consciousness just emerged by fluke is widely accepted by many scientists today, but do you find that totally convincing?

Death does not concern us, because as long as we exist, death is not here. And when it does come, we no longer exist.

Empty is the argument of the philosopher which does not relieve any human suffering.

Accustom yourself to the belief that death is of no concern to us, since all good and evil lie in sensation and sensation ends with death.

It is not so much our friends' help that helps us as the confident knowledge that they will help us.

Not what we have, but what we enjoy, constitutes our abundance.

Of all the things which wisdom provides to make us entirely happy, much the greatest is the possession of friendship.

I have never wished to cater to the crowd; for what I know they do not approve, and what they approve I do not know.

The art of living well and the art of dying well are one.

If God listened to the prayers of men, all men would quickly have perished: for they are forever praying for evil against one another.

It is folly for a man to pray to the gods for that which he has the power to obtain by himself.

The greatest wealth is to live content with little, for there is never want where the mind is satisfied.

It is great wealth to a soul to live frugally with a contented mind.

'Cease to inquire what the future has in store and take as a gift whatever the day has in store.'

Horace
'I am an old man and have known many troubles, but most of them never happened.'

Mark Twain (attrib)
'Realize deeply that the present moment is all we have.'

Tom Hodgkinson ed.. “The Idler”
“Paradoxically, to be truly idle, you also have to be efficient.”