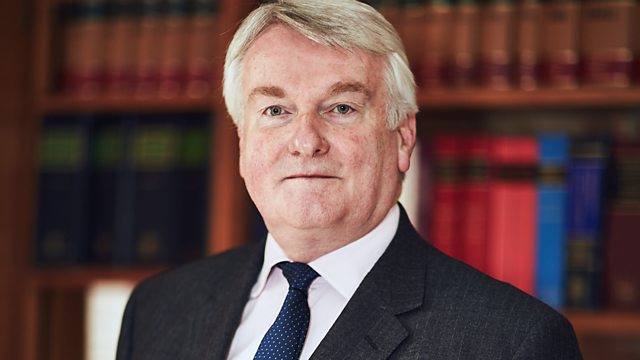 Interview with The Lord Chief Justice of England and Wales

Joshua Rozenberg talks to the Lord Chief Justice of England and Wales in his first interview since taking office and explains what can be done to gain back public confidence.

In his first interview since taking office, the Lord Chief Justice of England and Wales Sir Ian Burnett talks to Joshua Rozenberg. He explains what can be done to gain back public confidence.

Also, if you are a foster carer, are you an employee or a worker? How a Scottish couple fought to have their status changed.

Katie Gollop QC in conversation with Nemone Lethbridge who was called to the Bar nearly sixty years ago. She remembers why she was not allowed to use one particular facility in Chambers.

Finally, as Paddington comes to the big screen again, immigration barrister Colin Yeo explains what the Peruvian bear's status is in England.

Paddington 2 is directed by Paul King and produced by StudioCanal.