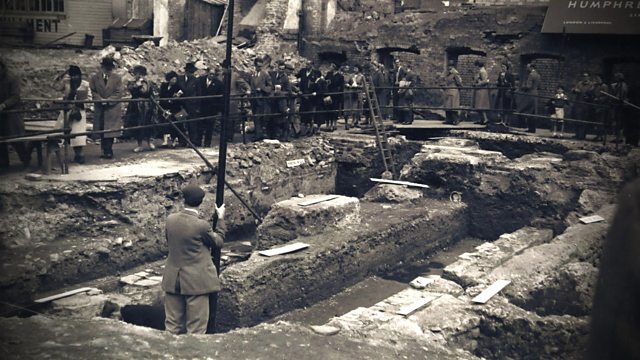 A new report from the University of Exeter says religious education teaching is 'incoherent, confused and outdated.' Why the Greek Orthodox Church is selling land in Israel.

Writer Mark Vernon has been to see the Roman Temple of Mithras that has been restored in the City of London. He joins Edward to discuss who the deity Mithras was and what the cult's followers believed.

While many Hindus avoid eating beef because they consider the cow as sacred - milk and clarified butter are regularly used in religious worship. But a campaign's been launched by a Hindu vegan calling on temples to abolish all use of dairy. Vishva Samani reports.

A new report from the University of Exeter says religious education teaching is 'incoherent, confused and outdated.' Professor Rod Freathy, and Ben Wood, vice chair of the National Association of Teachers of Religious Education debate.

The Voce Chamber Choir has released a new disc "99 Words" a tribute to the late Sir John Tavener. It features a number of works by him and by composer Roxanna Panfunik. Roxanna explains why she is inspired by Tavener.

Shingai Nyoka reports from Harare on the latest situation in Zimbabwe.

Madeline Davies from The Church Times tells Edward why the Greek Orthodox Church is selling it's land in Israel.

A British citizen Jagtar Singh has been arrested in the Punjab over allegations he was involved in funding the killings of Hindu nationalist leaders. Dr. Jasjit Singh researcher of Sikh religion at Leeds University and journalist, Amardeep Bassey discuss Sikh fundamentalism in the UK and the impact it's having in India.

Noel Chavasse; Paradise Papers: The British relationship with the Vatican