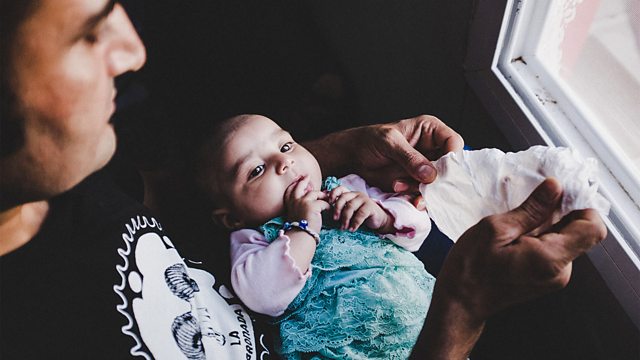 Following migrants searching for a better life. Nazifa and Latif are trying to to pay a smuggler to take their family to Germany, but they can only afford to send one of them.

In a camp in Greece, Nazifa and Latif are trying to get enough money to pay a smuggler to take their family to Germany, but they can only afford to send one of them. Nazifa is six months pregnant, so they hope that their chances of being given asylum will be greater if she goes and the baby is born in Germany. But it means leaving her two small children and husband behind.

Meanwhile, already in Germany, Isra'a and her family are settling in to their new lives, having fled from Syria in 2015. But the Europe that welcomed them has changed. The politics of the far right is gaining momentum, so it is more difficult than ever for migrants and refugees to cross international borders.

In Morocco, Mussa has already travelled 4000 miles from Guinea. Now there is only one more obstacle to overcome, a six metre high fence that separates Morocco from the Spanish enclave of Ceuta.

See all episodes from Exodus: Our Journey