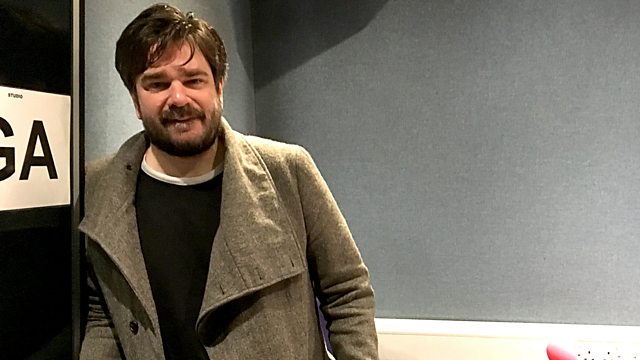 Mark and Stuart talk to actor, writer and musician Matt Berry. Famed for his roles in TV comedies including The IT Crowd, The Mighty Boosh and Toast of London, Matt has also released six studio albums, including last year's release 'The Small Hours'. He joins Mark and Stuart to discuss his new album 'Night Terrors': a collection remixes, outtakes and alternate versions of tracks recorded during The Small Hours sessions. Among the tracks is a remix by Saint Etienne, a collaboration with Pugwash and interpretations of Pink Floyd's Any Colour You Like and Frank Zappa' Mr Green Genes.

Also on the show... regular daily features Teatime Themetime and The Chain - where you pick a track to follow the one before. And the latest updates in the world of rock and pop in today's Music News.