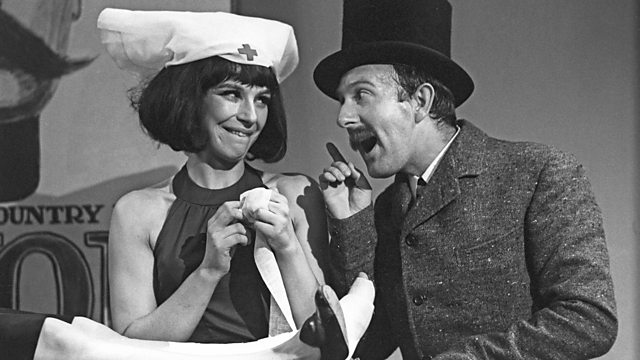 Fenella Fielding on the Carry On films, Morecambe and Wise, and Henrik Ibsen. Plus the painter Gluck, famous for fashion and self-portraits with her lovers.

Fenella Fielding's most famous moment is in Carry on Screaming as she reclines seductively on a couch in a red velvet dress, asks Harry H Corbett "Do you mind if I smoke?" and steam billows. The line gives the title to her memoir, co-authored with Simon McKay. On her 90th birthday, she reminisces about playing Hedda Gabler, being a foil to Morecambe and Wise... and that Carry On moment.

The painter Gluck (1895-1978) is now regarded as a trailblazer of gender fluidity, famous for her fashion as well as the portraits of herself and her lovers. Front Row discusses Gluck's life and art with biographer Diana Souhami and Amy de la Haye, curator of a new exhibition at the Brighton Museum.

A player of the new Call of Duty video game, set in the |Second World War, could assume the role of a black female Nazi. Yet its makers claim it is historically accurate. Front Row discusses how video games depict war and how close to the truth can they really be.

It's Children in Need day and throughout it poets have been appearing on Radio 4 reading poems which recollect childhood. On Front Row we hear from Mona Arshi.


Gluck: Art and Identity at the
Royal Pavilion Museums Brighton and Hove
until 11 Mar