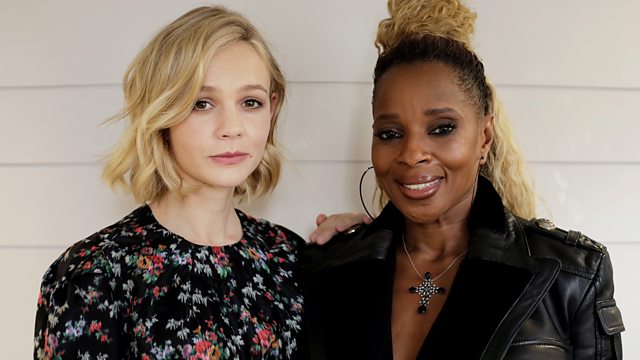 Music megastar Mary J Blige and award winning actress Carey Mulligan star together in the new film Mudbound. They join Jenni to talk about playing two women looking across the racial divide in 1940s America, and about women and race in the US film industry today.

Until yesterday Grace Mugabe was poised to become Zimbabwe's next President. With Robert Mugabe under house arrest and her own whereabouts unconfirmed, we look at how she rose to become a formidable First Lady, how much power she's exerted and what the future might hold. Feminist historian Dr Kate Law and Professor Clionadh Raleigh discuss.

Another story in our series of women and fishing in Cornwall. Sophie Wear is 23 and recently started crewing on the fishing boat 'New Harmony' out of Helford. She describes what persuaded her to go to sea to BBC Cornwall's Hannah Stacey.