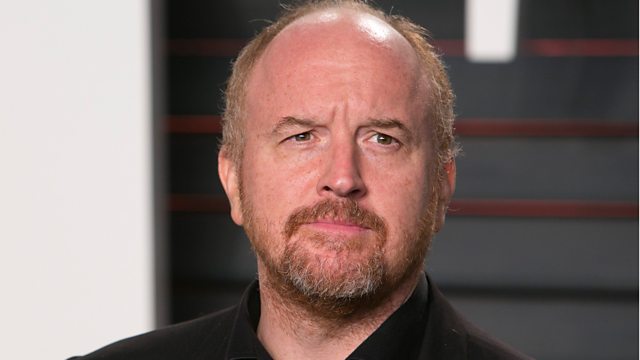 Louis CK - is his statement enough? Plus parents who fear for the future of their adult children with disabilities and self-employed mums call for maternity pay changes.

Many parents of children with learning disabilities fear for the time when they can no longer take care of their child. Who will take charge, who will pay and how well will they do the role? Jenni talks to 78 year old Bernie whose son Geoffrey, aged 39, has Down's Syndrome and Fran Crake who runs Thrive, a support service for older parents and carers at the charity Talbot House in Manchester.

In January the Women & Equalities Committee published a report called Women In The House which called on the main political parties to make improvements on women's representation in Parliament, the abuse and intimidation of candidates, and the working environment in Westminster. Today they meet to find out what progress has been made. Maria Miller MP, the Chair of the committee, tells us what she hopes to hear.

Susie Boyt's sixth novel is a highly strung comedy about show business and grief. She focuses on the members of two families whose paths intertwine through fame and loss. Eve is a nervous young actress from a powerful theatrical dynasty who marries an even-tempered expert on anxiety. Tabloid journalist Rebecca relies upon her older sister, Beach, a grief counsellor, for love and reassurance. Susie Boyt tells us about the inspiration behind the themes in her book.

Self-employed mothers are calling on the government to change the maternity pay ruling. Currently new mothers who work for themselves get maternity allowance but no statutory maternity pay. Those who have an employer receive 90% of their salaries for the first six weeks of maternity leave, paid by the government. Dr Kristy Lau speaks to Jenni who leads the 'Six Weeks Support' campaign, and Aleah Basu, who is a self-employed new mum.

Support For Families Of People With Learning Disabilities