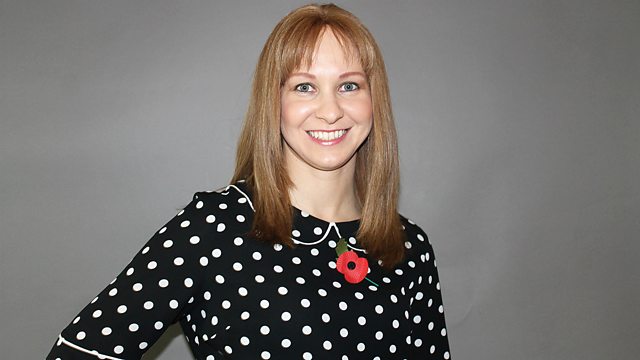 Olympic champion Joanna Rowsell Shand discusses sexism and bullying in women's cycling. Plus a look at the growing trend of souvenir baby scans.

Joanna Rowsell Shand is a double Olympic gold medallist whose cycling career began somewhat by chance. A school visit by British Cycling seemed more appealing than double maths and the rest is history. She also lives with alopecia, a condition that saw her lose all her hair aged 10. Joanna documents all of this in her new autobiography 'Full Circle' and talks to Jane.

Photographs, key rings and mugs featuring images of your unborn baby are becoming increasingly popular. There are currently 93 baby scan clinics registered with the Care Quality Commission but only 15 have been inspected. We discuss why women are booking these scans.

Jane discusses the challenges of writing about rape with two authors. Winnie M. Li who recently won the Not the Booker Prize for her novel, Dark Chapter, largely based on her own experience of a brutal assault and rape. And Anne Cassidy who has written two books, No Virgin and No Shame, about the experience of 17 year old Stacey Woods.

Victims of domestic violence are being let down repeatedly by police who fail to understand the problem and downgrade risks to save time and resources, says a report from HM Inspectorate of Constabulary. We get reaction from Diana Barran Chief Executive of SafeLives and Zoë Billingham lead author of the report.

Support For Victims Of Rape and Sexual Abuse

Support For Victims Of Domestic Violence