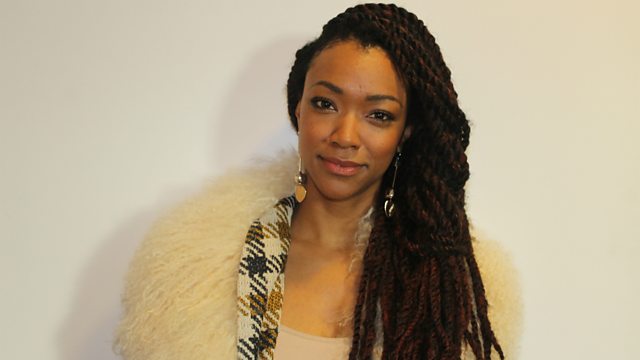 American actress Sonequa Martin-Green on her lead role in Star Trek, why more older women are dying from alcohol-related illness, and the solar-powered suitcase that saves lives.

American actress Sonequa Martin-Green is probably best known for her role as Sasha Williams in the TV series The Walking Dead. She now stars as the first black female lead in the Star Trek series, 50 years after the original franchise was first broadcast. As a woman of colour, what's been her experience in Hollywood?

Why are more older women dying from alcohol related illness? Since 2001 there's been a 35% increase in the number of deaths of women aged between 60-64 from conditions like liver disease or heart failure. Professor Ilana Crome who co-chairs a Royal College of Psychiatrists' working group on older substance abusers and London GP Dr Philippa Kaye discuss.

We talk to Dr Laura Stachel about why she invented a solar-powered midwifery suitcase and winning an award at the UN Climate Change conference.

15 year-old actor Sydney Wade on her role as Skye, the lead character in the new series of the Children In Need drama D For Dexter. It's part she's played since she was 11 so what's it been like to grow up with the role?

Alcohol Concern - Working to reduce alcohol harm in the UK