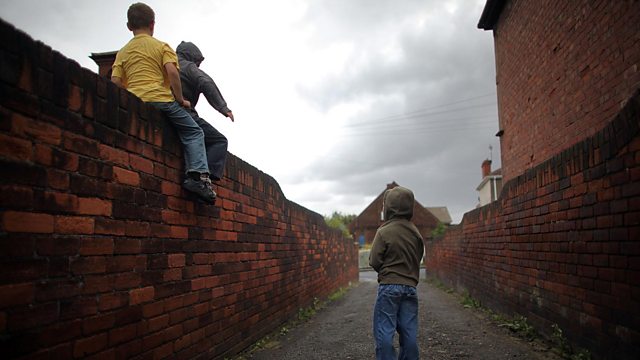 'I'm mad as hell, and I'm not going to take it anymore'. These are the words of the news anchor-man in the film Network, now adapted for the stage. The director Ivo van Hove tells Francine Stock how this satire on global capitalism and chasing ratings with populist rants has such relevance today.

Composer Nico Muhly also looks to Hollywood, adapting Hitchock's film Marnie - and the novel that inspired it - for the English National Opera. Born into poverty, Marnie becomes trapped in a web of lies and angrily claws her way out.

Anger pervades Darren McGarvey's book, Poverty Safari, as he takes the reader on a journey into Britain's deprived communities to give voice to people who feel misunderstood and unheard. He explores how stress pervades the streets where he was brought up, while the scientist Caroline Relton studies how stress and other environmental factors can be passed down through generations, affecting our genetic make-up.

Heart of Darkness: Conrad and Orwell

Nico Muhly is a composer. He has received commissions from The Metropolitan Opera, Carnegie Hall and St. Paul’s Cathedral, amongst others. He has written more than 80 works for the concert stage.

Marnie opens at the English National Opera on 18th November.

Darren McGarvey, better known by the stage name Loki, is a writer, rapper and hip hop recording artist, who has made regular media appearances as a social commentator.

Poverty Safari: Understanding the anger of Britain’s Underclass is published by Luath Press.

Caroline Relton is Professor of Epigenetic Epidemiology at the University of Bristol.

Ivo van Hove is an award-winning theatre director and has been director of Toneelgroep Amsterdam since 2001.

Network is at the National Theatre in London until 24th March 2018.