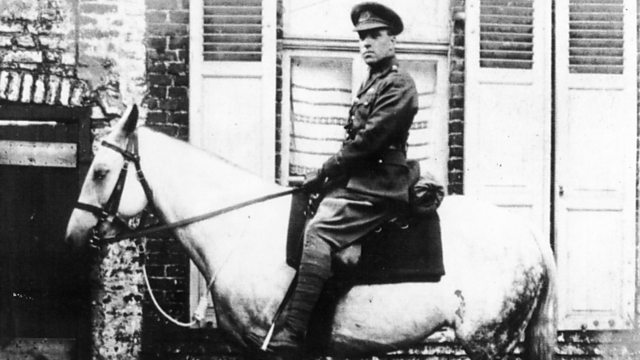 Noel Chavasse; Paradise Papers: The British relationship with the Vatican

This Remembrance Sunday the programme looks at the life of Noel Chavasse, the only soldier to be awarded the Victoria Cross twice during World War One.

This Remembrance Sunday we are looking at the life of the only soldier to be awarded the Victoria Cross twice during World War One. He was a doctor, a sportsman and the son of a former Bishop of Liverpool. His name was Noel Chavasse. He's still revered in his home city and Kevin Bocquet has been to Liverpool to hear about the man.

In her book 'The Keys and the Kingdom', Catherine Pepinster looks at the relationship between the papacy and the British. Edward asks her how have things changed in the last 25 years.

On November 15, the results of Australia's postal ballot on same sex marriage will be announced. Phil Mercer reports from Sydney on how religious groups there are reacting ahead of the results.

Satnam Sanghera is the author of 'The Boy with the Topknot'. He talks to Edward about the BBC 1 adaptation, as it dramatises his story of growing up as a second generation Sikh in the UK , not having an arranged marriage and discovering secrets about his family.

All week revelations from the 'Paradise Papers' have given an insight into the tax affairs of individuals and institutions. Many of the tax arrangements are legal but are they 'morally criminal' as the Methodist Tax Justice Network claim? Barbara Ridpath, Director of the St Paul's Institute and Laura Taylor, Head of Advocacy at Christian Aid debate.

What was the contribution of Muslim soldiers during World War One and why is knowing this important to British Muslims? Hayaan Bhabha, from the All Party Parliamentary Group of British Muslims tells us about new figures he's uncovered and their relevance to Muslims in Britain today.