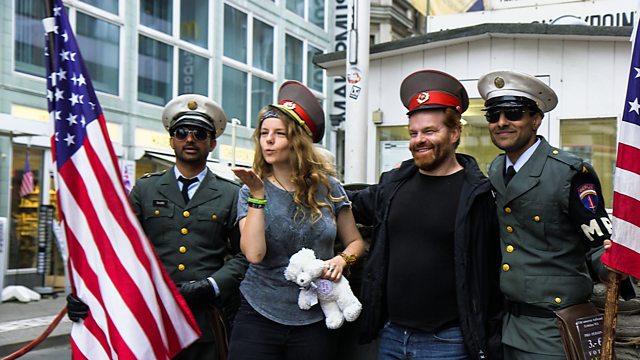 See Hear On Tour
Episode 3 of 5

Rosie Benn journeys through five European capitals. In Berlin, Rosie calls in to Checkpoint Charlie to have her photograph taken with the border guards.

Rosie Benn sets off on an epic adventure through five European capitals. As a young deaf woman who uses sign language, Rosie is keen to explore deaf culture in other countries. What is life like for the local deaf community and what are the highlights for deaf travellers seeking out a short city break?

Rosie discovers the dark history of the German capital city, from the war years through to the construction of the Berlin Wall. But deaf artist and actress Rita Mazza wants to show her the new Berlin - a city which prides itself on being vibrant, artistic and open to people of all cultures. They visit Rosenthaler Strasse, which has been transformed into a giant open air art gallery and they try out some yoga in one of Berlin's many urban parks.

After having her photograph taken at Checkpoint Charlie, Rosie calls in at a vegan café run by a deaf couple. Here you can get some tuition in German sign language along with your falafel wrap.

See all episodes from See Hear 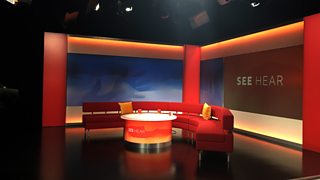