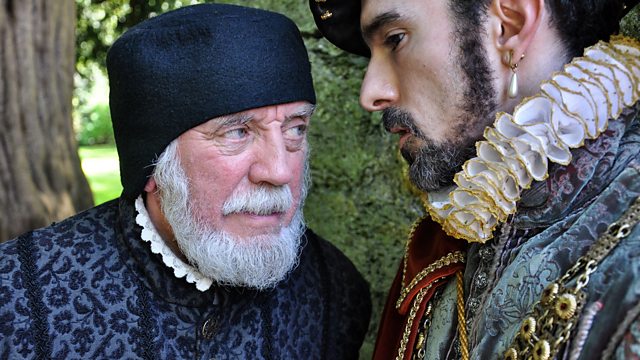 A look at the secret network behind Queen Elizabeth I's 40-year reign and the world's first secret service. An ambitious aristocrat tries to take over Robert Cecil's spy network.

Robert Cecil is the son of Elizabeth I's original spymaster. He has been groomed since birth to inherit his father's network but when he finally steps into his father's shoes, the queen's enemies are stronger than ever and Cecil must also watch his back. The Earl of Essex has established a rival network and is trying to oust Cecil as Elizabeth's spymaster.

Essex is everything Cecil is not. Cecil is bent-backed and under five foot tall. Essex is an athlete and a war hero who flirts with the queen. But the two men have known each other since childhood. And now they are locked in a battle that is part court theatrical, but which is also a lethal spy war in which people die horrifically violent deaths. The stakes are huge. For the winner, untold power. For the loser a one-way trip to the scaffold.

Cecil is also aware that the sun is setting on the reign of Elizabeth, who is in her sixties. He and Essex are not just battling for control of the queen, but for control over who will be her successor. For the power to select the next king of England. Essex begins a spy war within the spy war by secretly approaching James VI of Scotland and striking a deal to put him on Elizabeth's throne when she has passed away. So Cecil must somehow oust Essex from Elizabeth's court without making an enemy of James, who Cecil also wants to inherit the throne.

This is a secret conflict, involving double agents, coded letters, treachery and treason. It is a world that Cecil proves to be an absolute master of. Cecil ruthlessly manoeuvres Essex to the execution block and becomes the man who puts James on the English throne.