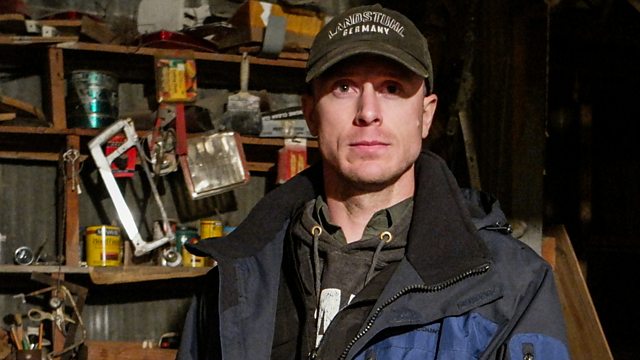 The story of the homecoming of US Army sergeant and former Taliban prisoner Bowe Bergdahl, after five years in captivity.

After walking off his post in Afghanistan in 2009, US Army sergeant Bowe Bergdahl was captured by the Taliban and held in captivity for five years. This documentary by the film-maker and former Taliban hostage Sean Langan, who gained exclusive access to the former POW and his family, gives a unique perspective on Sgt Bergdahl's incredible story.

Sgt Bergdahl was tortured and kept in a tiny cage by the Taliban, and endured the worst case of prisoner abuse since the war in Vietnam. But his real nightmare began on his return home to America. Freed in 2014 by President Obama in exchange for five Taliban prisoners in Guantanamo, he was then vilified in sections of the media as a traitor who collaborated with the enemy and 'converted to Islam'. To the American public, he was being portrayed as the real-life version of Homeland's Sgt Brody, and presidential candidate Donald Trump called for him to be shot as a 'dirty rotten traitor'.

Days before his court martial in October 2017, he pleaded guilty to charges of desertion and endangering the lives of fellow soldiers but totally denied collaborating with the enemy. So what was his side of the story?

Film-maker Sean Langan was himself held captive for four months by the same group that captured Bowe Bergdahl. He too was locked in a dark cell, interrogated and put through mock executions. With his special insight, Langan gets exclusive access to Bowe Bergdahl and to his parents, Bob and Jani. He presents a moving story about a soldier who made a mistake but who then in captivity fought his captors hard and paid a terrible price, and about a family caught in a storm of false allegations and fake news. Bowe Bergdahl, Sean Langan discovers, was a man with serious psychological issues who became a political football in a deeply divided America.