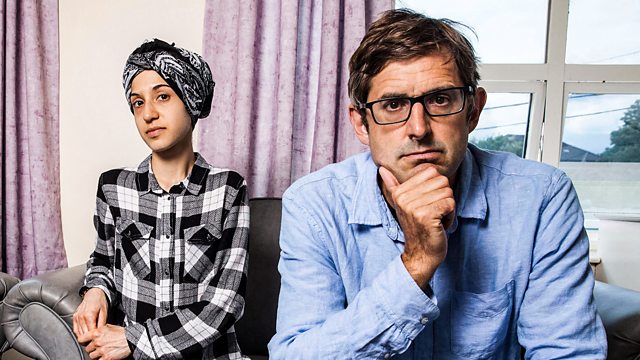 Louis Theroux spends time in two of London's largest eating disorder facilities to meet women with anorexia - an illness with the highest death rate of any psychiatric disorder.

Anorexia, the pathological fear of eating and gaining weight, is now the most deadly mental illness in the UK, affecting around one in every 250 women at some point in their lives. In recent years, the number of people being admitted to hospital because of their condition has risen dramatically but with many struggling to make a full recovery, being diagnosed with the eating disorder can sometimes mean a life-long battle.

In this film, Louis Theroux embeds himself in two of London's biggest adult eating-disorder treatment facilities: St Ann's Hospital and Vincent Square Clinic. He meets women of all ages and at various stages of their illness, accompanying them through an enforced daily routine of scheduled eating, weigh-ins and group therapy sessions.

As he spends more time with patients both on and off the wards, he witnesses the dangerous power that anorexia holds over them, leaving some unsure about whether recovery is achievable or even wanted. And as Louis seeks to understand what lies behind this mysterious illness, he finds himself drawn into a complex relationship between the disorder and the person it inhabits.