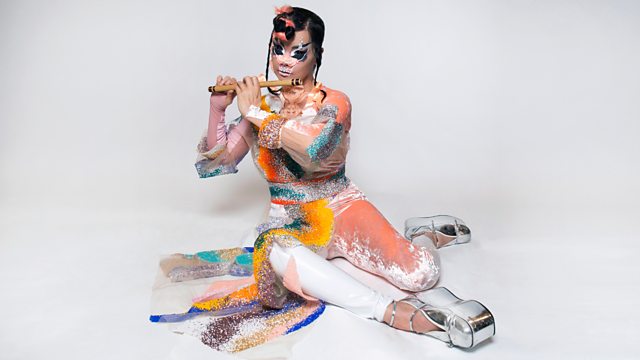 Idiosyncratic Icelandic icon Björk reveals the music that has been inspiring her work and outlook lately, ahead of the release of new album Utopia.

Rock royalty in the house. Idiosyncratic Icelandic icon Björk joins Nick to discuss her recently released new album Utopia, and to reveal the music that has been inspiring her work and outlook lately.

Björk's groundbreaking career has encompassed child stardom, chart success as a bandleader and solo artist, political activism, award-winning acting, and musical collaborations with Tricky, Thom Yorke, and Timbaland, among many others. Now well into the fifth decade of her public life, she shows no signs of slowing down. Her latest record is a blueprint for utopia inspired by current political upheavals, environmentalism, and the search for love.

Live from the 2017 London Jazz Festival

See all clips from Nick Luscombe with Björk (2)