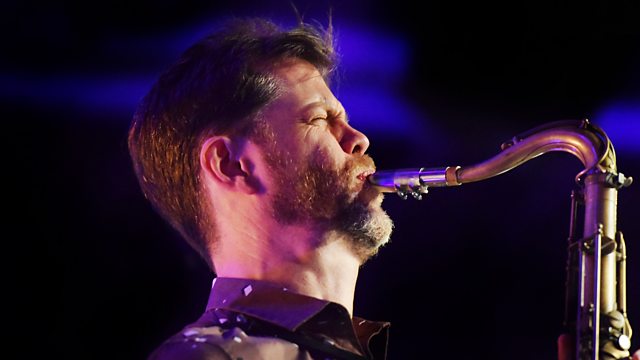 Julian Joseph presents a special edition featuring American saxophonist Donny McCaslin, best known for his work with David Bowie on his Number 1 album Blackstar, plus a performance from vocalist Jumoke Fashola. Donny has added this extra performance to his busy touring schedule, especially for Jazz Line-Up, which will be his final UK show of 2017. Before working with Bowie, Donny studied at the famed Berklee College of Music in Boston and in 1987 he joined vibraphonist Gary Burton's touring band. In 1991 he replaced Michael Brecker in the group Steps Ahead and in 2006 joined the Dave Douglas Quartet. As part of this intimate performance Donny will perform his own compositions as well as paying tribute to Bowie. This special concert recorded at BBC Scotland's headquarters in Glasgow features Jason Lindner - keyboards, Zach Danziger - drums, Tim Lefebvre - bass, and Donny on saxophone. Also on the bill is singer Jumoke Fashola, who will be performing tracks from her latest project Protest! mixing revolutionary music and words including an exclusive performance for Jazz Line-Up of The Slave's Lament by poet Robert Burns.

See all clips from Donny McCaslin (3)