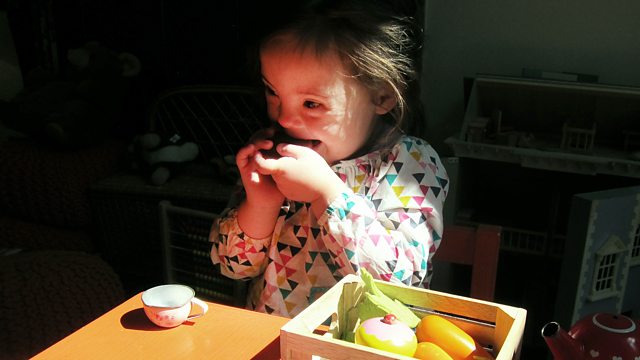 Wordsworth's daughter Catharine may have had Down's Syndrome. If so, how did that change the poet? Grevel Lindop investigates with the help of letters and a portrait miniature.

Wordsworth's daughter Catharine may have had Down's Syndrome. If so, how did that change the poet? Biographer and poet Grevel Lindop investigates.

She's just a tiny footnote to history. Only remembered really because Wordsworth wrote two poems about her, Surprised by Joy and Characteristics of a Child Three Years Old. Catharine was born on September 6 1808, and died on June 3rd 1812, aged three years and nine months. She was the fourth child of William and Mary Wordsworth.

All children are special, but there seems to have been something different about Catharine. Again and again, in letters written by the Wordsworth family, there's a sense of something unusual about her looks and her development.

When little Catharine was alive, Down's Syndrome had not been identified as a condition. It was only in the 1860s, long after Catharine's death, that Dr John Langdon Down published a paper describing it, and it became recognised as a common genetic condition. Catherine seems to have had some of the features of a child with Down's Syndrome, including the cast of the eye which used to be perceived as giving such children an oriental look.

Did Catharine have Down's Syndrome? Grevel decided to ask a doctor and parents of children with Down's Syndrome to look at the evidence - a small portrait miniature and some letters mainly written by Dorothy, Wordsworth's sister, who lived with the family.