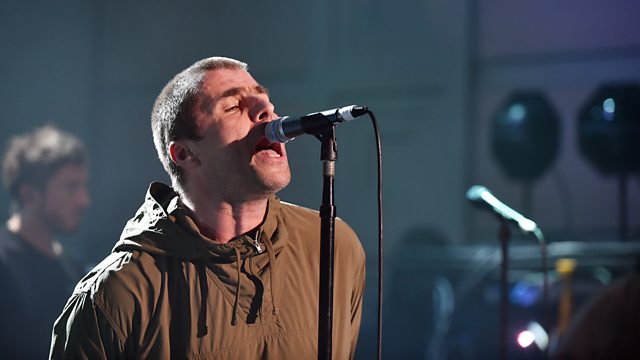 Jo Whiley presents Radio 2 In Concert with the king of swagger Liam Gallagher, who after 25 years in the spotlight performs live on stage at the BBC Radio Theatre.

Jo Whiley opens the doors of BBC's Radio Theatre for a Radio 2 In Concert with the king of swagger, Liam Gallagher. After being in the spotlight for over 25 years, he releases his debut solo album As You Were.

Liam Gallagher became the embodiment of the rock 'n' roll dream, with his brother Noel, by creating Britpop band Oasis, a band who would go on to create a string of anthems to a generation of the 90s.

After a spectacular comeback at Glastonbury, the former Oasis frontman performs some new tracks, along with selection of classic tracks.