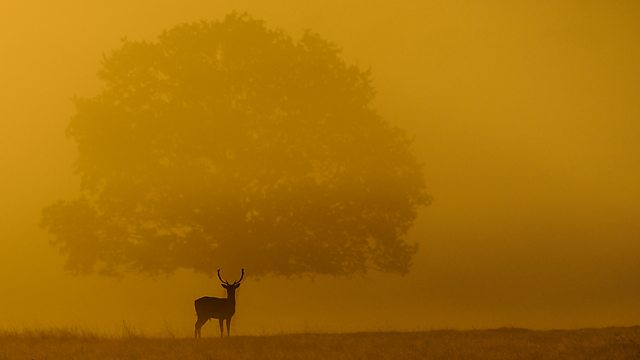 The team report live from the Cotswolds Area of Outstanding Natural Beauty. Martin Hughes-Games is out and about trying his hand at the unusual art of 'worm-charming'.

Live from their base in the heart of the Cotswolds Area of Outstanding Natural Beauty, Chris Packham and Michaela Strachan share the news from the wildlife cameras over the past 24 hours.

There have been some surprising visitors down at the badger sett - two creatures dash through the back of shot and they look a lot like polecats.

A tawny owl is causing havoc in the garden, using the cameras to launch on hunting missions, and two young deer have an extended and vicious battle out in the fields.

Martin Hughes-Games is using a variety of bizarre techniques to try to tempt some worms from their earthly homes and he is joined by worm scientist Emma Sherlock, who helps to identify three of the key species that recycle the falling leaves of autumn.

Gillian Burke has been to Cornwall to see first-hand the difference just two beavers can make to a landscape - in a landmark scientific study to see if their dams can help to mitigate the effects of flooding.

There is an extraordinary film about 'triops', or tadpole shrimp - a creature that spends its whole lifecycle in a temporary puddle, and author Robert Macfarlane has written a beautiful piece about the writing of JA Baker in his seminal work, The Peregrine.

Finally, Martin and Chris take a bird each and put them head to head in our swan v goose migration special. It's a Top Gun pun-athon, but which will end up as Top Bird?

See all episodes from Autumnwatch