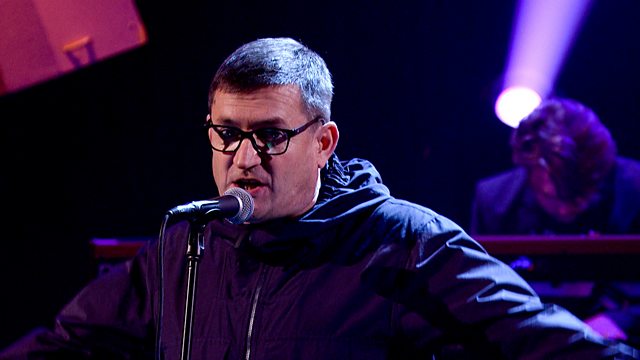 Joining Jools for his musical buffet this week are north London's grunge shapeshifters Wolf Alice, with tracks from their new album Visions of a Life - the follow-up to their Mercury- and Grammy-nominated Top 10 debut My Love Is Cool. The band describe their new album, recorded in LA, as 'stylistically broad' because it flits between dreampop and rage-filled punk tracks featuring frontwoman Ellie Roswell's distinctive screaming vocal.

Also making a welcome return from Brooklyn with their first material in five years are indie rockers Grizzly Bear, with a number or two from their latest LP Painted Ruins, which sees the band move away from their dark, moody material for more pop-oriented stylings, demonstrated on their lead single Mourning Sound.

Making her debut on the show is America's breakthrough R&B singer Solana Rowe, aka SZA. Endorsed by the likes of Beyonce and Kendrick Lamar to name a few, and having co-written for pop royalty including Nicki Minaj and Rihanna, the singer from St Louis performs in her own right with intoxicating songs from her long-awaited debut album Ctrl.

Contrastingly, another debutant this week, but at the age of 62, most certainly not new to the game, is a true master of the hill country blues, RL Boyce. Bringing a flavour of the pure, distilled essence of the blues from the deep south to the Later studio, Boyce performs songs from his new album Roll and Tumble, which he wrote on his front porch in Como, Mississippi.

Also now added to the show are former members of The Beautiful South, Paul Heaton and Jacqui Abbott, who perform a couple of tracks from their third album together, Crooked Calypso, which reached number two in the album charts in July.

Completing the line-up is 23-year-old King Krule, who sometimes releases music under his birth name Archy Marshall. He makes his debut on the show and, along with his band, runs through a track or two from his upcoming new album The Ooz, including the track Dum Surfer, which continues his style of rusty-blues vocals with lyrics that evoke spooky and dark imagery, and certainly have no filter.